In today’s increasingly globalised world, where news from every corner is reported at a click of a button, we are often inundated by a myriad of issues facing humanity. At times, the profusion of negative headlines may make one question whether our world is becoming increasingly tumultuous, or are we simply better-informed given the advancement of digital information technology.

Nonetheless, the thought of the world never having made it "past its past", with issues like gender-inequality, poverty and sexual abuse constantly reported, easily leaves one feeling disheartened and uninspired.

The rise of this digital information age, however, has helped bring long overdue attention to various issues such as the #MeToo movement – which gained traction after a tweet in 2017 – exposing the gender-based violence and harassment women face around the world.

But away from the eyes of the mainstream, there remain an enormity of issues that women face in the 21st century. Some issues are hopelessly perpetual, persisting behind locked doors.

In 2021, the Penal Reform International reported a 17 per cent increase in the number of female inmates globally since 2010. In facilities historically designed for men, women in incarceration are forgotten and are exposed to a wide range of issues specific to women, including pregnancy, lack of gender-specific healthcare, violence, mental and sexual abuse.

A fact often unreported is that many female inmates have committed only minor offences and are often the victims of abuse themselves. Conceivably, given the lack of human rights afforded to this group of women worldwide, the words of Nelson Mandela may still ring true: “It is said that no one truly knows a nation until one has been inside its jails. A nation should not be judged by how it treats its highest citizens, but its lowest ones.”

Against the backdrop of despair and silent neglect, it is often said that one can always find hope and inspiration. On a summer day in July 2001, a female inmate at the Central Women’s Correctional Institution in Bangkok told a young lady visitor of the concerns of raising her child in prison.

The hardships and vulnerability of the female inmate, and the lack of care and opportunities for the innocent child, left an impact on the young visitor – Her Royal Highness Princess Bajrakitiyabha Mahidol of Thailand.

After receiving her doctorate degree in Law (JSD) from Cornell Law School,
and earning a wealth of experience in criminal justice and the rule of law from working as a public prosecutor in Thailand, the princess launched the "Kamlangjai Project" (Inspire Project) in Thailand from her personal funds in 2006.

Based on the premise of upholding human rights, the project created the first instances whereby female and pregnant inmates were accorded assistance and support on a range of gender-specific issues such as pregnancy, healthcare, and childcare to allow them to adequately nurture their infants.

The programme has been implemented in various correctional facilities over the years in Thailand and has embarked on a long-term approach in inspiring thousands of female inmates in reintegrating into society, through a development-led approach based upon the Sufficiency Economy Philosophy of His Majesty King Bhumibol Adulyadej The Great.

The effects of the Kamlangjai Project was not just confined to Thailand. Having advocated for the rights of the vulnerable both as a public prosecutor and a diplomat, it was recognised that change for women can only be realised if both the social and legal spheres evolve in tandem.

In 2008, the princess presented the Kamlangjai Project at the margins of the 17th Session of the Commission on Crime Prevention and Criminal Justice (CCPCJ) at the UN in Vienna, setting off a catalyst for Thailand’s multifaceted global campaign for the conception and adoption of the world’s first set of specific rules on the fair treatment of women offenders.

Within the multilateral forums, she spearheaded the "Enhancing the Lives of Female Inmates" (ELFI) campaign, achieving an international consensus to update norms set by the 1995 UN Standard Minimum Rules for the Treatment of Prisoners.

Under her impetus, Thailand emerged as a leading player in the UN’s drafting process, pushing the multilateral drive for the rights of female inmates worldwide.

Following two years of rigorous political and legal lobbying, the UN Rules for the Treatment of Women Prisoners and Non-custodial Measures for Women Offenders (Bangkok Rules) were adopted by the 65th UN General Assembly in 2010, marking a legal paradigm shift within the international community and embedding the first ever UN standards on the treatment of female prisoners.

With the Bangkok Rules, no longer are women in incarceration the world’s forgotten population. With provisions ranging from the prohibition of punishment by close confinement for breastfeeding mothers, support for mental healthcare and protection for those reporting abuse, the Bangkok Rules established a set of actionable standards for all nations to adhere to.

Inspired by the examples shown by the princess, the Thailand Institute of Justice (TIJ) continues to mainstream women’s rights and dignity vis-à-vis criminal justice and the rule of law in Thailand and abroad.

In Cambodia, the TIJ cooperated with the Directorate General of Prisons (DGP), with which an MOU on the Model Prison Project was signed in 2019 with the aim to improve the overall condition of women prisoners and enable their peaceful and sustainable reintegration into the society.

The pilot project was initially applied in Correctional Centre 2 (CC2), the biggest women's prison in Cambodia.

Between November and December 2019, the TIJ arranged an in-country training in Phnom Penh for 30 Cambodian correctional staff, and in January 2020, a four-day workshop at Ayutthaya Provincial Prison in Thailand was arranged for three prison officers to train in the management of prison cafes, restaurants and Thai massage parlours, as well as the implementation of the Bangkok Rules in the CC2.

While work continues to be done worldwide, it is indisputable that such efforts have had a tangible outcome, inspiring and directly benefiting the lives of women and children throughout the globe.

With strength and compassion, one may find hope in the words of the princess: “We must inculcate our children of today on gender issues so as to create the next generation of men who respect women. But above all, we must inspire those with a painful past to have courage to live with hope.”

In revisiting Mandela’s quote, perhaps today, nations – or rather,
the world – can be judged in a better light than yesterday.

In this increasingly globalised world, where digital technology can overwhelm us with negative headlines on a daily basis, perhaps what the world needs is a little hope and more “Kamlangjai” – or inspiration of the heart. 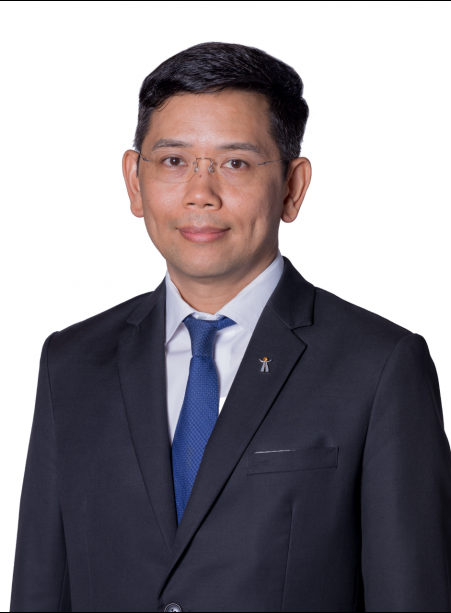